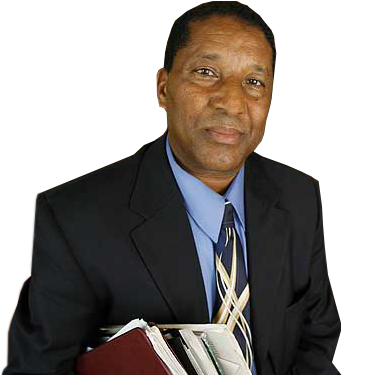 Michael Tilahun Belay was born and raised in Abi Adi, a small village in the Tigray Region of Ethiopia. His father fought Mussolini’s Fascist invasion in 1935 and continued occupation. In 1974, the Communist Derg revolution erupted in civil war. The Communists misused generous foreign aid intended for "starvation" to purchase weapons for use against Ethiopian citizens. Belay's father, a top judge, and many key national leaders were assassinated and burned. The Derg destroyed his brother’s eardrums. Without ambulances, his sister died in childbirth walking to a large city.

In 1975, prior to the passing of Belay's father, he was among those fighting the Derg. His father told him to immediately hide and leave Ethiopia. Obediently, at age 13, Belay began what turned out to be a 3-month journey through the jungle, only during nightfall, en route to Sudan. His shoes eventually worn out that he had to wrap his feet in leaves. Once in Sudan, he worked to cover travel expenses to Germany. Eventually he received his passport to America in 1981 and became a U.S. citizen in 1985.


In 2000, Belay returned to Tembien, Ethiopia only to find the devastation of war, poverty, hunger, polluted water, minimal health support, and seeing school children learning outside in the dirt in full sun. This was a raw shock to him! Inpsired to action, Belay built a mud school and promised to return.

By 2001, Belay created the U.S. nonprofit 501(c)(3) HANDS ACROSS the PLANET to POOR YOUTH (H.A.P.P.Y.). Years of fund-raising produced little fruit. In 2004, his heart was still breaking. With the support of his family, Belay sold their Southern California dream home and business. They moved and currently maintain their family in a rented two-bedroom apartment in Orange, CA. The money received from selling their home and business was used to build and furnish an orphan school in Ethiopia, supporting 2,500 students in Tembien.

Together, we can make a difference. We can reach our hands across the world and help the poor.

Thanks to support from generous benefactors over the years, H.A.P.P.Y. received funding for two deep water wells, ship an ambulance with supplies to the Mekele Veterans Hospital, deliver $100,000 worth of medical supplies to the Addis Ababa Blackline Hospital, build two homes for poor families, and sponsor 11 volunteer U.S. doctors in Ethiopia.

For those who support our cause, you can give a one-time or monthly tax-deductible contribution.

Fundraising efforts as well as various project development assistance is needed and volunteers are welcomed.

For legacy projects and larger contributions, we ask you to contact us and find out how you can be our preferred Benefactor.

Copyright © 2001 - 2021 Hands Across the Planet to Poor Youth, Inc. (H.A.P.P.Y.). All Rights Reserved. The unauthorized reproduction or distribution of this copyrighted work is illegal. Criminal copyright infringement including infringement without monetary gain, is investigated by the FBI and is punishable by up to 5 years in federal prison and a fine of $250,000.
Website Developed by Phoenix AfterglowTM — RISE UP!